If you're anything like me, you get asked how come you run quite often. Many times I interpret this to mean "How come you insist on wearing those short shorts so often?" Regardless, I tend to respond by telling them I think it's' fun, which is always countered with some story about running the mile in P.E. class and how traumatic it was. I try to be sensitive to these stories, but I probably don't try hard enough.

I've heard lots of reasons as to why different people run. Some run to win medals, like the Spanish team who protests so they can receive a bronze medal for a fourth place finish at Euros-but I won't get into my feelings on this here. Others run for fun, to be social, to lose weight, or to collect finishers medals and t-shirts. Many run out of compulsion or obligation (i.e. parental pressure or scholarship dollars), and yet others have some deep philosophical reason as to why they run.

So, why do I run? I've struggled with this thought for a few years. Am I running towards something? Am I running away from something? Isn't running away generally seen as cowardly? I'm no coward, so I must be running after something, but what is it? I really struggled with these thoughts shortly after I completed my collegiate running career where I watched my teammates capture our school's first conference title while I was injured. I now had no races on the horizon, and I was just running because it's what I knew. I loved it in college, because I got to run with my teammates, talk about life (and nonsense!), but now I was alone in a city where my friends don't run with me, and I wasn't enjoying it at all. I ran because it's an identity I had created for myself and had some sort of obligation to hold to it.

And then I heard a podcast or read a blog, where the speaker/writer said they felt free when they ran. I'm sorry I have no idea who I stole this idea from, but their idea resonated with me big time. I don't have ro run. Running is an opportunity I have to get out and be like a little kid. I get to wear bright little clothes, run though parks, jump off ledges, and run through sprinklers. I've always felt a little robbed of some childhood experiences, and here's a chance to get them back a few decades later.

Funny thing is that once I embraced this mentality, I began to have this urge to run races again-and be competitive again. My training picked up a bit and I started running faster. I'm now following a training plan, and I 'm still thrilled to have the opportunity to run. This is wild for me, because by the end of college I hated racing. I loved going to practice with my buddies and working hard, but racing was filled with pressure, and, frankly, I wasn't very competitive at that level.

Turns out that running is simply an avenue for me to put being a "grown-up" on pause for a while to go out and play.

Why do you run? 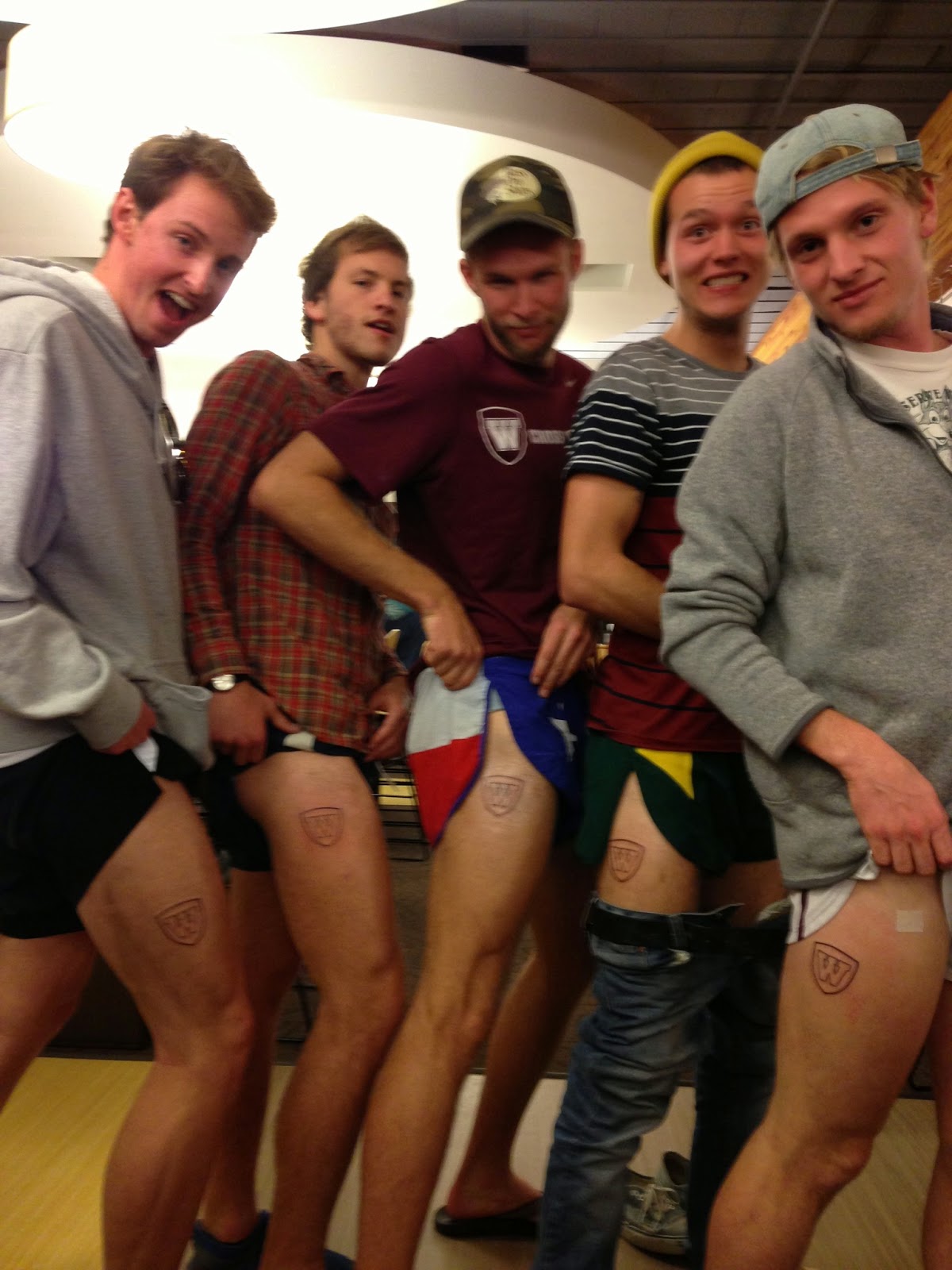 Teammates and I shortly after getting our school logo tattooed on us
Posted by Josh Christensen at 10:03 AM

Email ThisBlogThis!Share to TwitterShare to FacebookShare to Pinterest
Labels: running